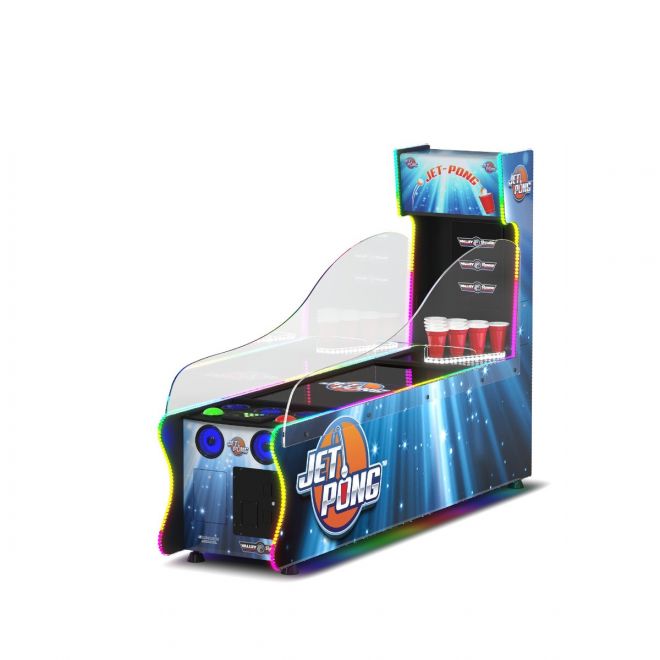 Be the first to review this product
In stock
SKU
Jet Pong Coin-Operated
Email
$10,595.00

Introducing a twist on the “beer pong” arcade experience with Jet-Pong by Valley-Dynamo.

1-2 players can enjoy this coin-operated beer pong experience, which adds a few bells and whistles that make it far more intriguing than the normal game. Jet-Pong derives its name from the patented Aerr Technology. Used in both the ball capture and return, the air-blower system allows users to grab their ball as it literally hovers in the air before them! Grab the ball then toss or bounce it into the cups. The game tracks which cups have been hit, adding that to the player’s score, and automatically retrieves the ball for re-use.

Adding to the effects, there is a big vertical display at the back which allows for operator customization; two matrix LCD scoring displays (one for each player) and a mesmerizing, animated LED playfield. 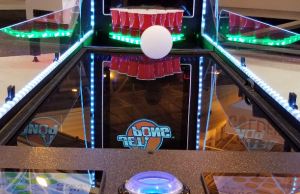 – Patented Aerr Technology causes the ball in play to hover in the air. Grab it then play!

– 2x 7.5″ LCDs for current scoring, number of balls left, showing which cups remain (1 display per player) ; Also work for setting the game up.

– LEDs are packed into the playfield for extra effect

– 1x ticket dispenser included, but optional to use